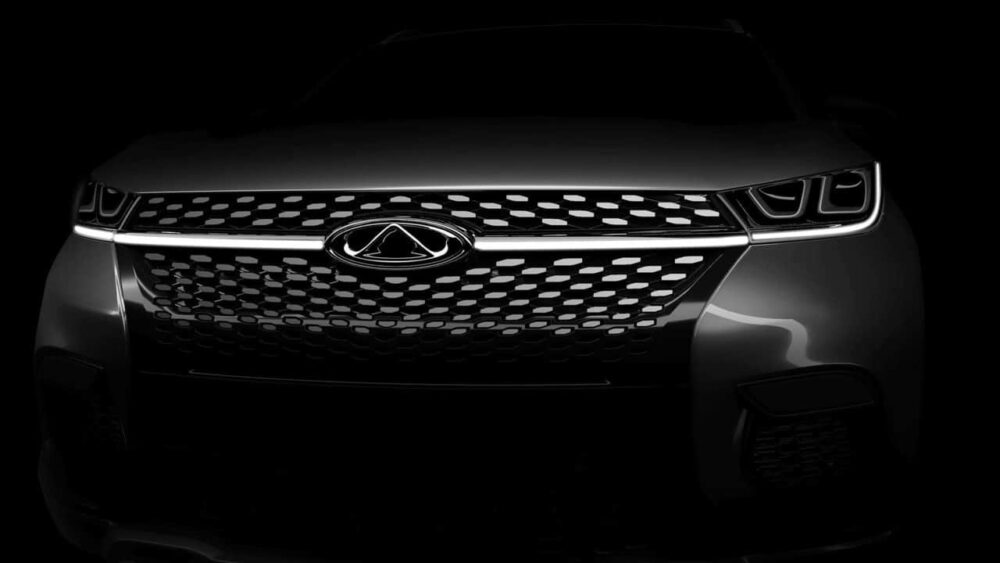 Pakistan has become one of the most interesting car markets in the world with the arrival of several new entrants over the last few years. Although a few new hatchbacks and sedans were launched recently, the craze for crossover SUVs continues among car buyers and carmakers.

The CBUs of Chery’s crossover SUVs have been imported to Pakistan for testing purposes, as reported by carspiritpk.com. The following image of the recent import data was included in its report. 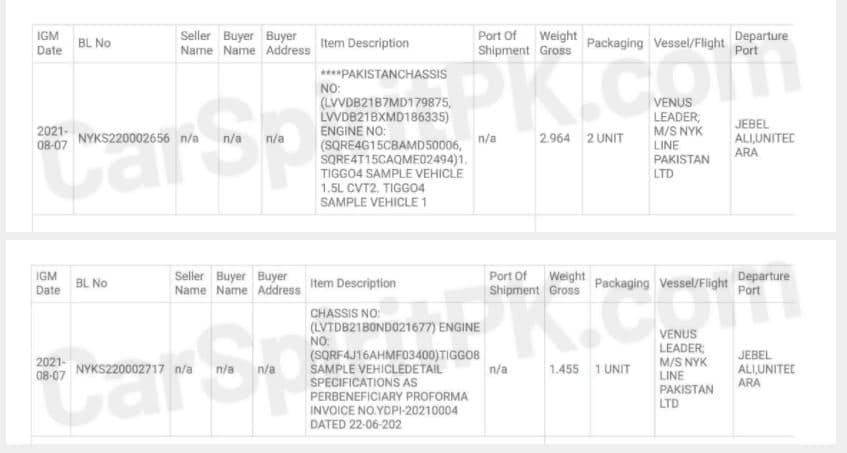 Chery is one of China’s most popular automakers that will return to the Pakistani market in partnership with Ghandhara Nissan Limited (GNL). The two companies had signed a Memorandum of Understanding (MoU) last year, according to which Chery will invest Rs. 2.4 billion in the interest of establishing a prominent footprint in the local market.

Pakistan has imported the Tiggo 4 and the Tiggo 8, and the former is a B-Segment subcompact SUV that goes up against Honda HR-V/Vezel, Toyota Corolla Cross, Proton X50, DFSK Glory 500, and other crossover SUVs in the same class.

Tiggo 8 is a D-Segment midsize crossover SUV that rivals the Kia Sorento, the Hyundai Santa Fe, the Toyota Fortuner, the MG RX8, and other midsize SUVs in a similar class.

GNL seems to be expediting its efforts to introduce Chery’s vehicles in Pakistan, as it has been reported that the company plans to launch its vehicles by the end of 2021 or at the beginning of 2022. As of last month, GNL is also seeking applications from the potential 3S dealers for Chery Pakistan.

Reports also suggest that GNL is modifying its assembly plant in Pakistan to accommodate the assembling of Chery vehicles. The fascinating lineup of vehicles and the expectations for competitive pricing is likely to tip the odds in the favor of Chery when arrives here.