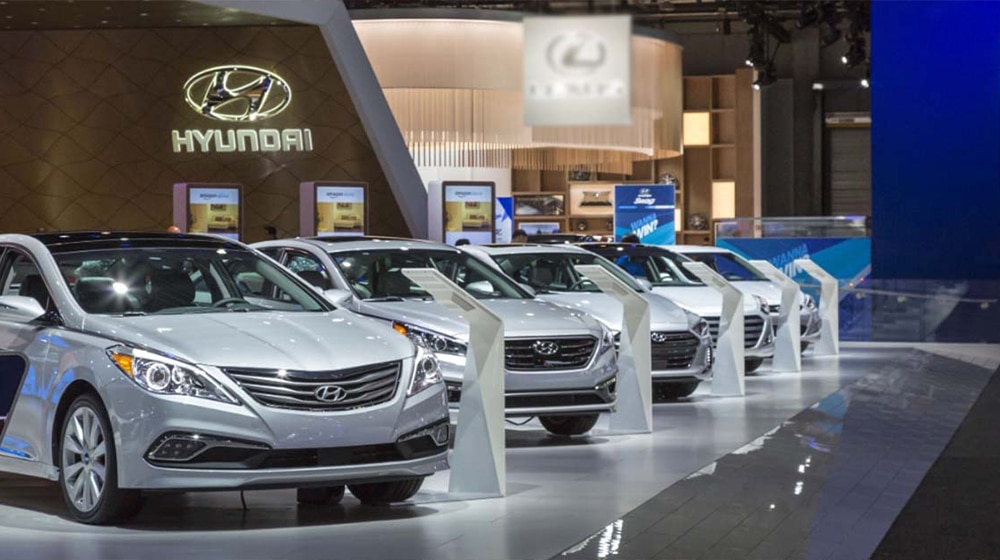 The National Assembly Standing Committee on Industries and Production held its meeting under the chairmanship of Sajid Hussain Turi at the Hyundai Nishat Motors (Pvt.) Ltd., in the Industrial Area, Faisalabad.

Chief Financial Officer Hyundai Nishat Motors, Norez Abdullah welcomed the delegation at the Hyundai plant. He briefed the committee on the investments, joint venture structure, key milestones, dealership network, employment creation, and localization progress of the company. He said the company was producing and assembling LCVs, SUVs, and passenger cars in Pakistan.

As per the MoU, the following conditional incentives have been approved by the Ministry under Automotive Development Policy (2016-21):

Norez Abdullah informed the committee that the company had assembled/manufactured 4 new CKD models since Jan 2020, setting a new benchmark for the auto industry. He also presented the details of CBU import under the Automotive Policy along with the production data for the last six months.

Later on, the committee members witnessed the manufacturing facility of different models at the plant. They highly appreciated the company’s performance and expressed their liking for the quality and features of Hyundai Elantra and Hyundai Sonata. They were of the opinion that these two models would soon take over a larger share of the market because of their unique position in terms of value for money.

The committee members raised several questions about the ongoing booking process and the issues being faced by the public due to delays in the deliveries of the Tucson SUV.

The CFO responded that delay in this regard was only due to the late delivery of ECU chips which was now a well-known global issue. He said that to compensate the aggrieved customers, no subsequent ex-factory price increases were being passed on to the customers (except the government levies).

The issue of late deliveries is being addressed on an emergent basis and the CEO of the company is out of the country on a visit to Hyundai Motor to escalate the same, he assured.

The committee assured the company of its full cooperation in case of any issues pertaining to duties and policy implementation, etc.