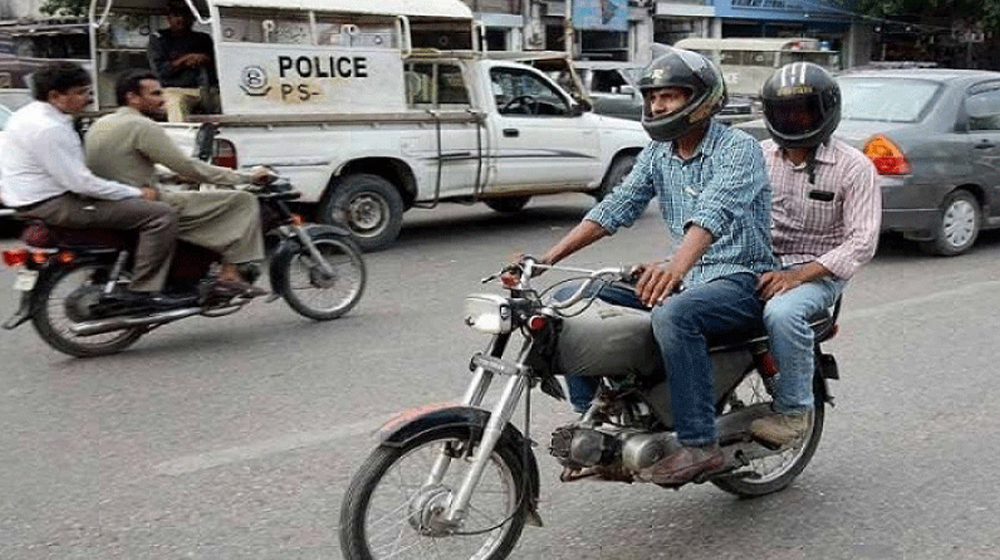 Sindh home department has temporarily banned pillion riding on Eid Milad-un-Nabi across the province. The department has made this decision out of security concerns on the occasion, which falls on October 9.

The motorcyclists must observe a ban on pillion riding on October 8 and 9 throughout Sindh. The department has notified various districts of Sindh and the provincial capital, Karachi, of the prohibition.

The notification entails the following:

Recently, a video caught a Karachi police officer assaulting a driver after stopping the public transport bus on Keamari road.

Allegedly, the cop slapped the bus driver for a minor infraction. According to a media report, a traffic jam occurred near the Deputy Commissioner (DC) Office in Keamari due to a protest. The bus driver attempted to change lanes and grazed the officer.