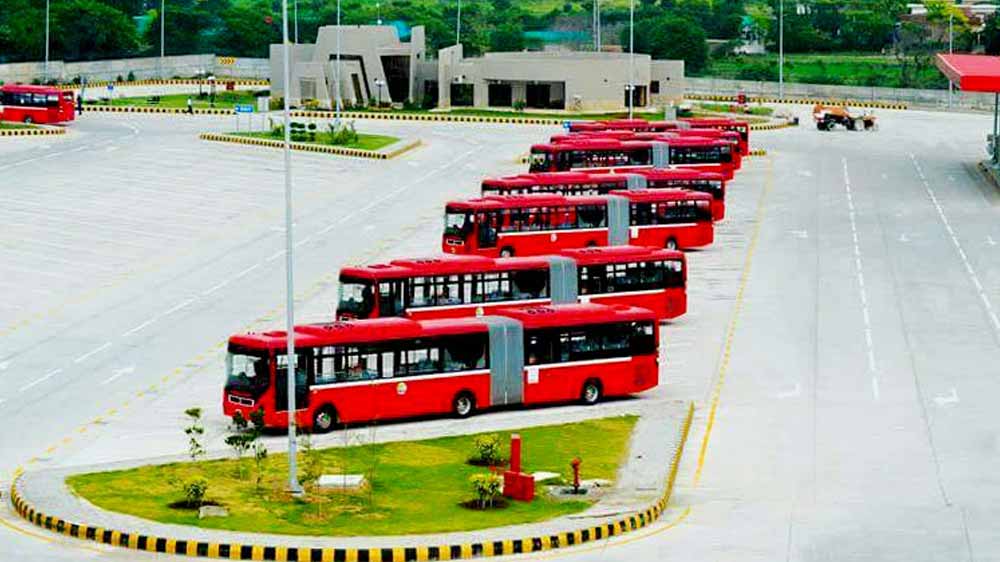 The Pakistan Tehreek-e-Insaf (PTI) government is expected to continue metro bus services in Punjab and Islamabad but will take measures to minimize reliance on government subsidies and turn it into a self-sustainable service.

“As huge money has been spent on metro bus projects in Lahore, Rawalpindi, Islamabad and Multan, it would not be a wise decision to halt its operations,” said PTI spokesperson Fawad Chaudhry.

He said that metro bus services come under the provincial government’s jurisdiction and after taking charge of the government affairs, Prime Minister-elect Imran Khan would be given a detailed briefing on metro bus projects.

The government would not give subsidy for the BRT project, as the model adopted to construct the BRT service is a 3rd generation model that is operating in China.

In comparison to Lahore, Islamabad and Multan metro service which are entirely operating on a single route, Peshawar metro will operate 8 different routes across the city with a fleet of 450 buses. It is also estimated that Trans Peshawar will facilitate 4.5 million commuters.

Currently, around 50 metro buses between Rawalpindi and Islamabad are being operated while the rest are parked at the depot due to less number of commuters. Around 100,000 passengers use metro bus daily against the target of more than 150,000 commuters per day. As a result, the provincial government did not bring more buses on the route.

Punjab Mass Transit Authority (PMA) officials revealed that about 100 percent increase in Islamaabd-Rawalpindi metro bus is expected in coming months as with the current fare, the service is not sustainable. The fare in the metro buses is Rs 20 per passenger which may increase up to Rs 40-50 per passenger. The government will have to either increase the subsidies or increase fare to make the service sustainable, sources told.

Based on bus track length, the federal government is paying 60 percent of the subsidy and the rest is being paid by the Punjab government on Islamabad-Rawalpindi metro bus service. On behalf of the federal government, the Capital Development Authority (CDA) is bearing over 60 percent of the subsidy cost for the metro service. CDA had to pay around Rs 4.23 billion by June 30, 2018 as per the agreement.

The bus service between the twin cities was started in 2015 but the matter of subsidy was undecided for the first year and a half.

The federal government then surrendered to the demands of the Punjab government and decided it will pay for the majority of the subsidy via CDA. Of the 24 kilometer track, 14km is in Islamabad and 10km in Rawalpindi. In December 2016, Islamabad Mayor Sheikh Anser Aziz, who was also CDA chairman at the time, signed an agreement with PMA to this effect.