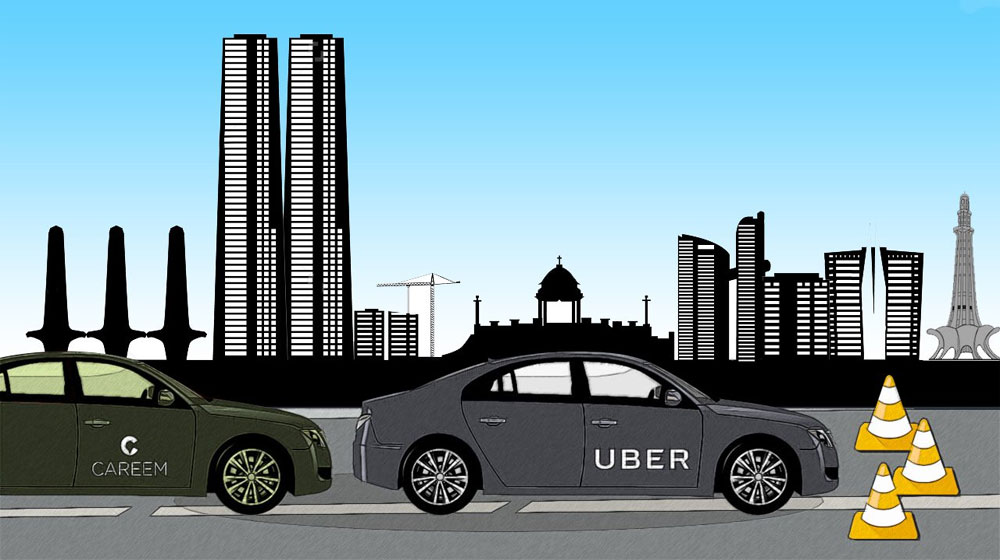 Not long ago, the government of Sindh dropped a hint that they were going to tighten the noose around the prospering ride-hailing services, primarily Uber and Careem.

From threatening with a ban, asking PTA to block their applications and pressing to regularize their operations, the provincial government took various measures against these online cab services in recent times.

The govt went on to prepare legislation which bound ‘online public passenger services’ to obtain a route permit and urged to commercialize the vehicles for ride-hailing purposes – driving a massive uproar on social media.

Unfortunately, the Sindh government did not stop there and has now slapped a hefty tax of 26 % – 13 % each on the companies and the drivers/captains – in its new finance bill for the year 2019-20.

A Direct Burden on Public

While the taxes are good for the economy, excessive taxation can always hurt the public as well as the linked sectors.

After the imposition of new taxes, the ride-hailing companies will be forced to revise their fares. This means the taxes will directly (and only) impact the customers and the captains, hence burdening the ordinary people.

Keeping the government’s track record in view, one can easily guess that the idea is to kill this business in the province.

A substantial rise in fares will make ride-hailing services unaffordable for low-income houses. This will not only shrink down the ride-hailing businesses but will also increase the joblessness as a large number of captains are from the middle-class families.

Comparison With a Justified Tax Scheme

In comparison, the Khyber Pakhtunkhwa (KP) government has only imposed a 2 percent sales tax and that too on the companies alone, which is very sane and will help the government generate revenue and let the ecosystem flourish.

The KP government might end up making more money (as a percentage) compared to Sindh since there will be more users due to cheaper fares. The ride-hailing services will grow in the province and create more jobs hence make the province financially more stable.

Who Is the Beneficiary?

Before the emergence of Uber and Careem, a large population of the metropolitan city traveled on buses, taxies, and rickshaws. By the time, these transporters turned into a giant mafia and reportedly blackmailed the administration at times.

Experts claim that this brought them closer to political parties, and it became a very profitable business for both parties. Now, from allotments of route permits to induction of new vehicles, all generate black money (Bhatta) for the mafia and some experts suggest that the transport mafia might be behind this hurdle to hurt the ride-hailing companies.