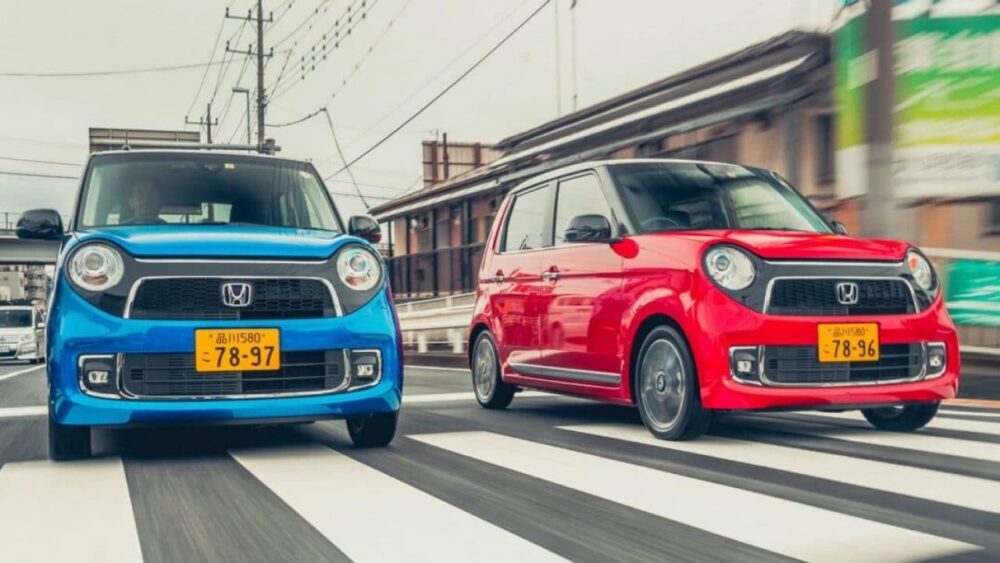 Speculations are being made about the entry of small cars and EVs in Pakistan following the tax concessions allowed on the sales and purchases of these segments in the 2020-21 financial budget and the upcoming auto policy.

Industry analysts believe that these concessions will allow for a lot of choices and benefits for automakers and car buyers alike. However, the enthusiast community and casual car buyers have realized that only a handful of vehicles with an engine capacity of below 850cc is being assembled in Pakistan.

The automakers with Kei cars in their lineup now have a golden opportunity to create a strong demand in the Pakistani market, and there are several automakers of the sort here that could offer great benefits to the carmakers and car buyers in the country.

Here are some of the Kei cars that the automakers should start assembling in Pakistan. 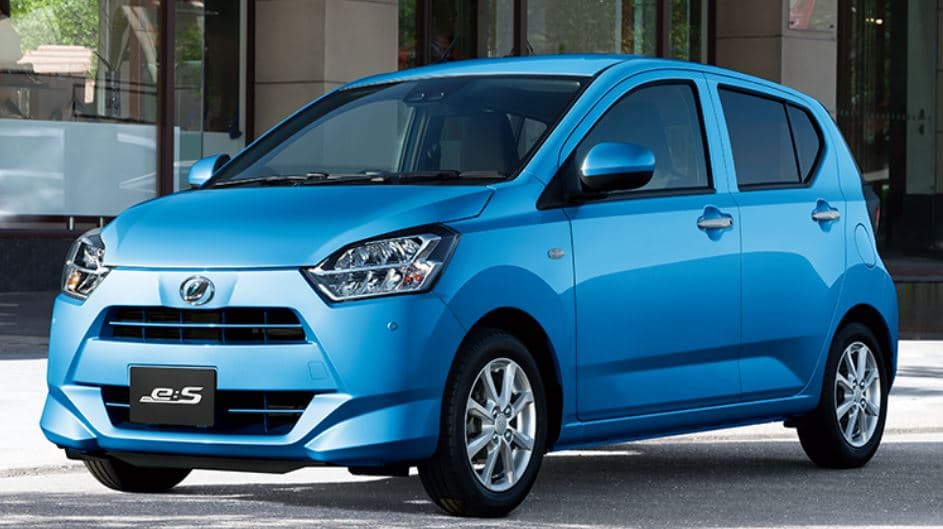 The Toyota Pixis, also known as the Daihatsu Mira, is one of the most successful Kei cars in Japan and is also quite popular in Pakistan despite the current restrictions and lofty duties on the imports of vehicles.

It features a 658cc naturally-aspirated 3-cylinder petrol engine that makes 49 hp and 57 Nm of torque, and is mated to a CVT automatic transmission.

The power figures are low but the vehicle is meant to be driven on the busy city roads where it would rarely go over 70 kmph. It will be the same case for all the cars on this list.

Although the Pixis is a small vehicle, it has impressive features in its top trim such as driver and passenger airbags, ABS brakes with EBD and BA technology, stability control, autonomous braking with pedestrian recognition, lane departure warning, false start suppression control, automatic high beam, LED matrix headlights, vehicle start alert to tell the driver when it is time to move, and an all-wheel-drive (AWD) powertrain. 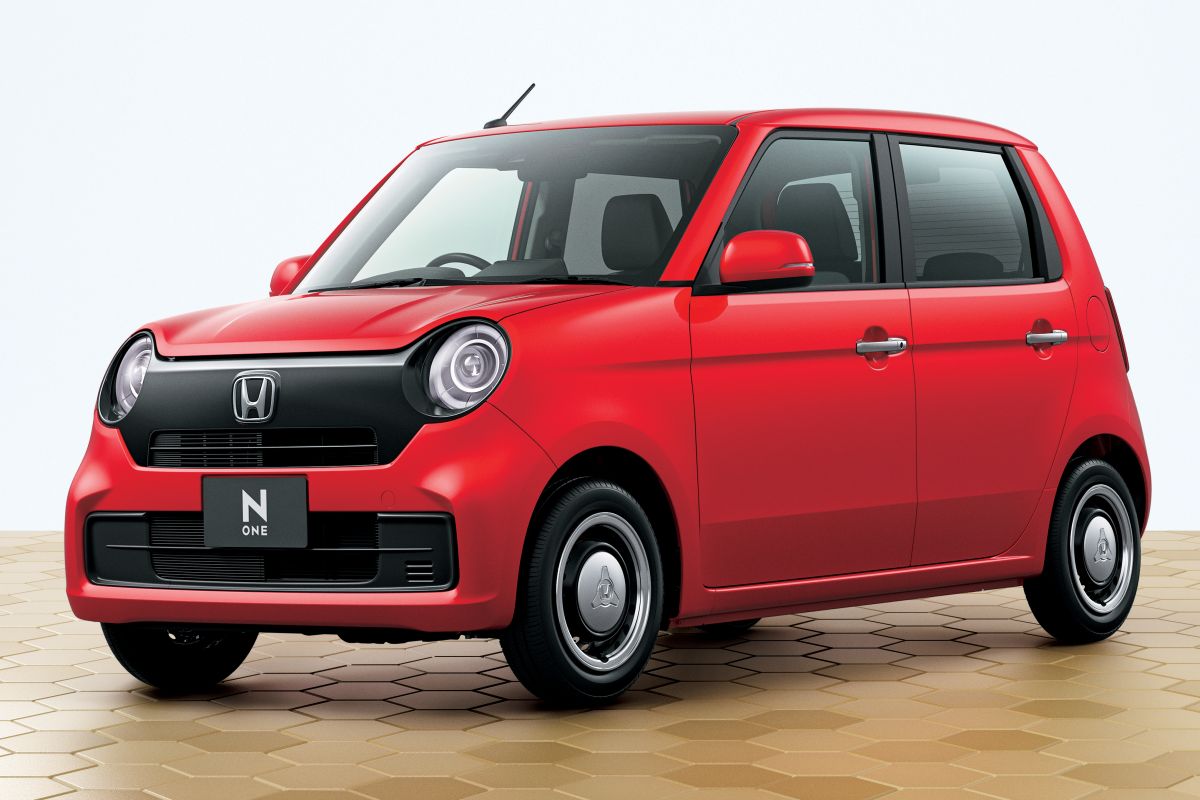 To make a tiny, ordinary commuter vehicle visually desirable is a fantastic feat, and Honda has accomplished this masterfully with the design of the N-One. The retro design with a hint of modernity that is aided by cutting-edge aesthetics makes the vehicle look the best in its class. 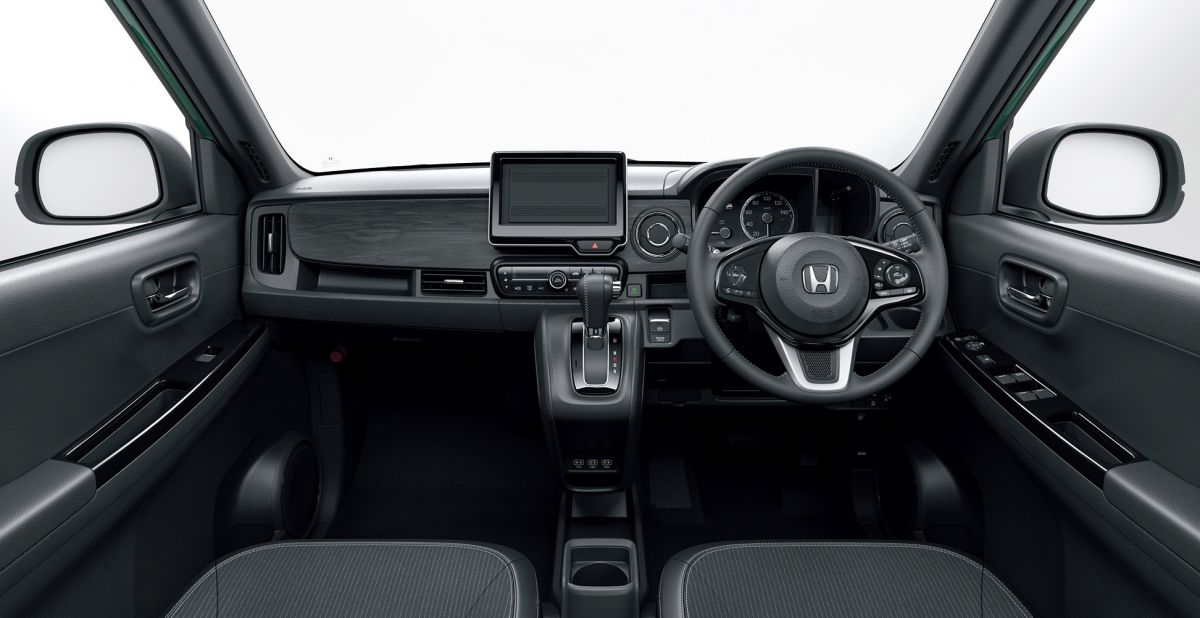 The N-One can be had with modern features such as auto high beam, autonomous emergency braking, adaptive cruise control with stop and go, lane-keep assist, lane centering assist, traffic sign recognition, an AWD powertrain, and other basic features such as driver and passenger airbags, a modern infotainment system, automatic climate control, keyless entry, and push-start.

The price of the N-One in Japan is equivalent to Rs. 2.3 million for the lowest-spec variant and Rs. 2.9 million. Regardless of its looks and features, this price point is admittedly too high for a Kei car. Nonetheless, the N-One will make a great addition to the Pakistani car market if Honda Atlas Cars limited begins assembling it in Pakistan. 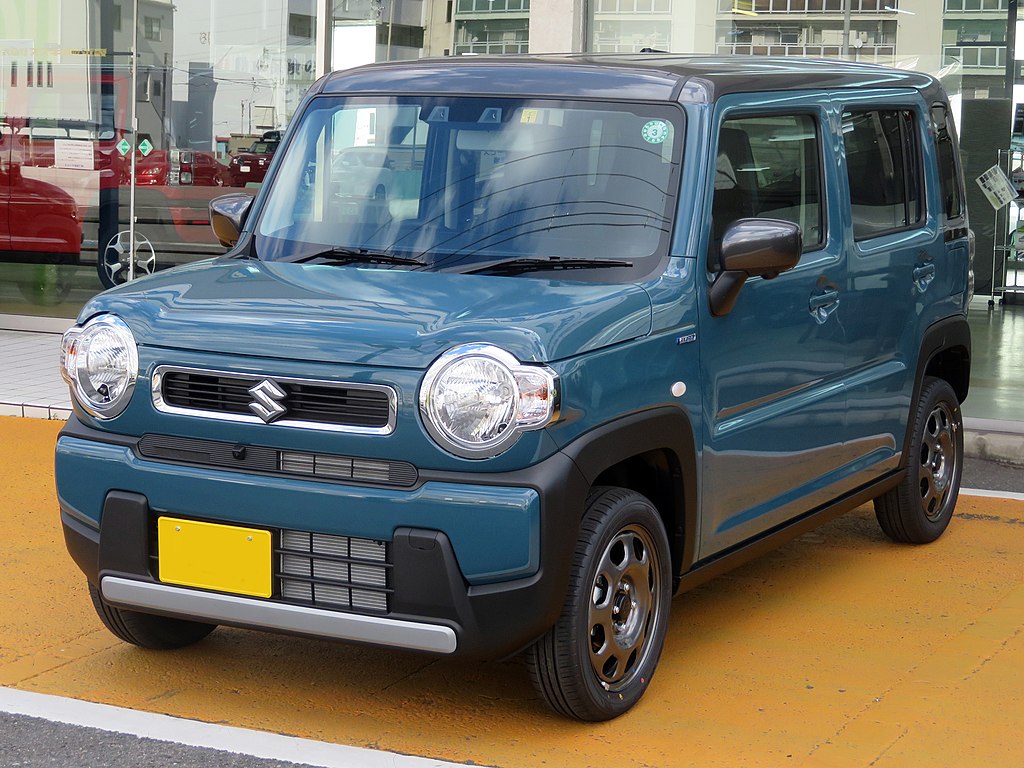 The crossover-SUV-inspired design of the Suzuki Hustler has made it one of the most desirable Kei cars in Pakistan although it can only be had as an imported vehicle.

The boxy design, the rugged-looking front, rear bumpers, and black fender flairs, the vibrant two-tone body paint colors, and the round headlights and grille design make it look like a smaller, more cheerful version of the Suzuki Jimny (Suzuki’s actual off-road SUV).

The Hustler has Suzuki’s R-series engine which is a 658cc 3-cylinder petrol engine that makes around 50 hp and 63 Nm of torque. It also has the option of a 660cc turbocharged engine that makes 65 hp and 100 Nm of torque. The vehicle can be had with either a Front-wheel drive (FWD) or an All-wheel drive (AWD) drivetrain, and can be mated to either a 5-speed manual or a CVT automatic transmission. 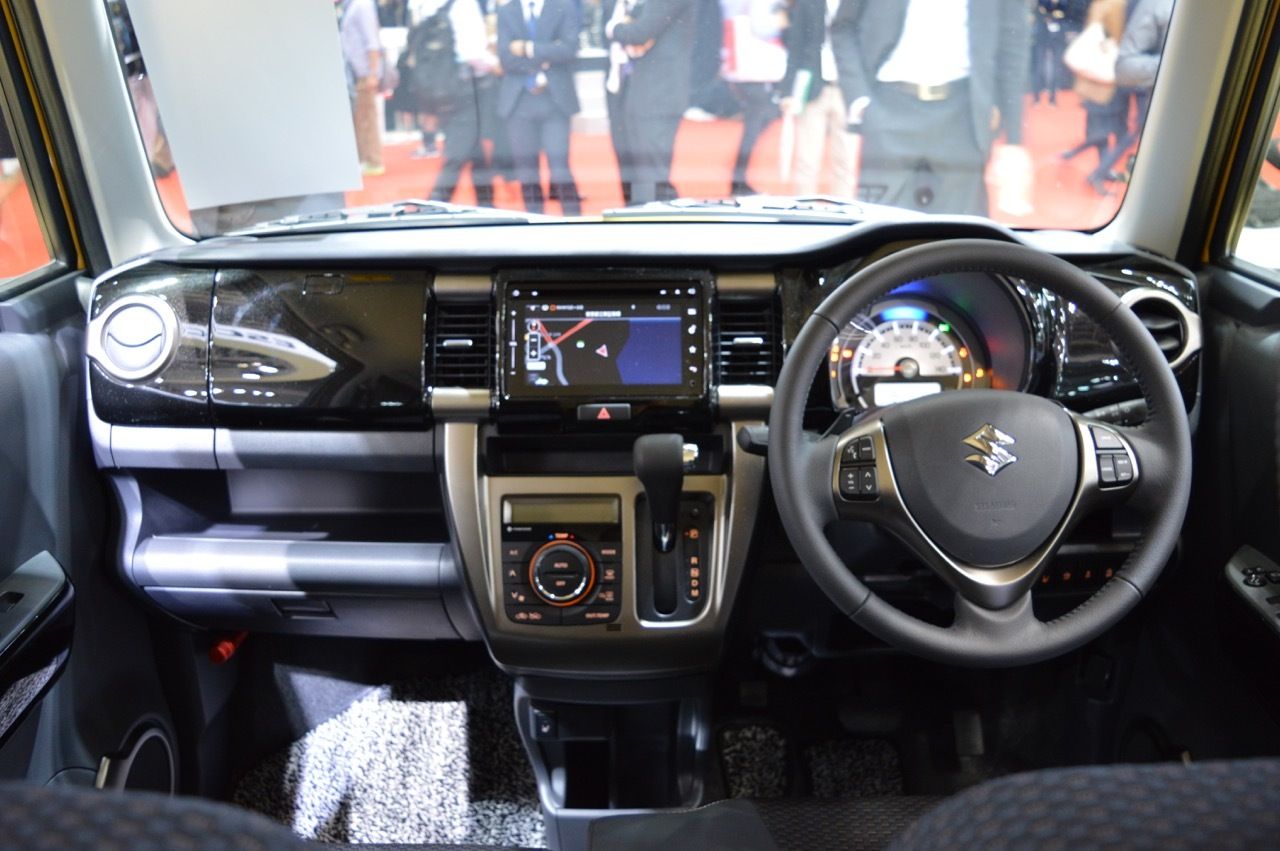 In Japan, the prices of the Hustler are equivalent to Rs. 1.64 million for the low-spec variant, and Rs. 1.82 million for the high-spec variant. Although the Hustler offers better value than the Honda N-One, it is still a bit expensive for its class. Regardless, with its unique look and impressive features, it could become exclusively popular in Pakistan. 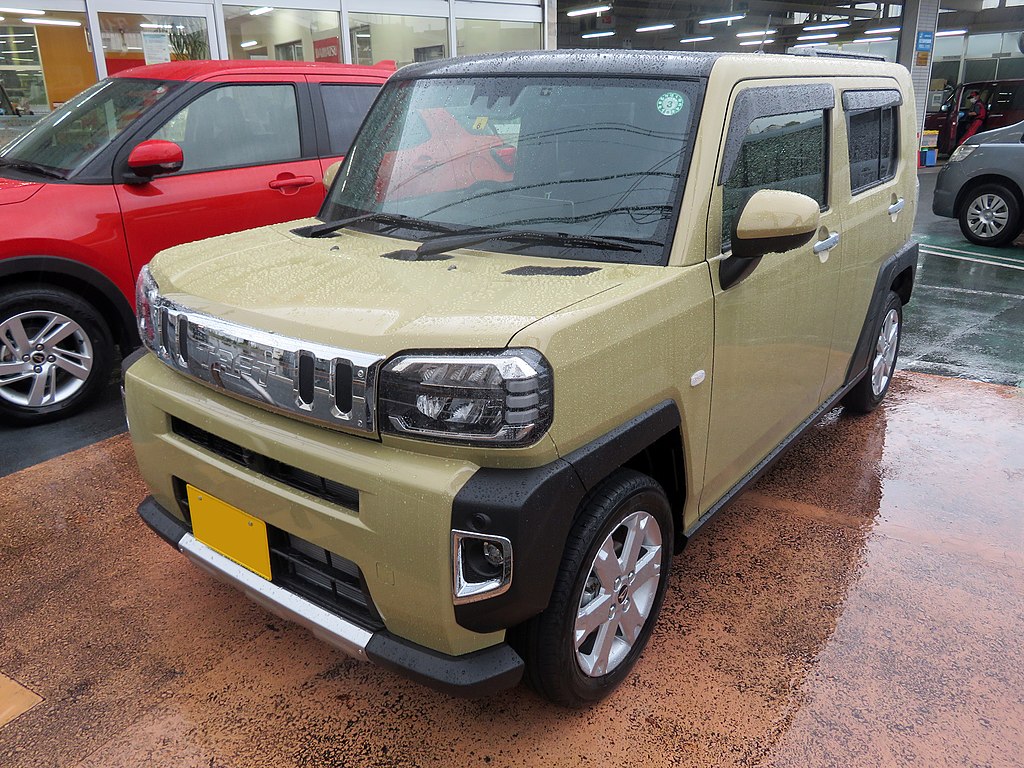 Another impersonator of the off-road SUVs is the Daihatsu TAFT — an attractive-looking Kei car with mini-adventurer styling ques. It was first introduced globally in 2020, which means it is still in its latest generation.

Fun fact: TAFT is an acronym of ‘Tough & Almighty Fun Tool’, which, ironically, is amusing because there is hardly anything almighty about this cute little car. 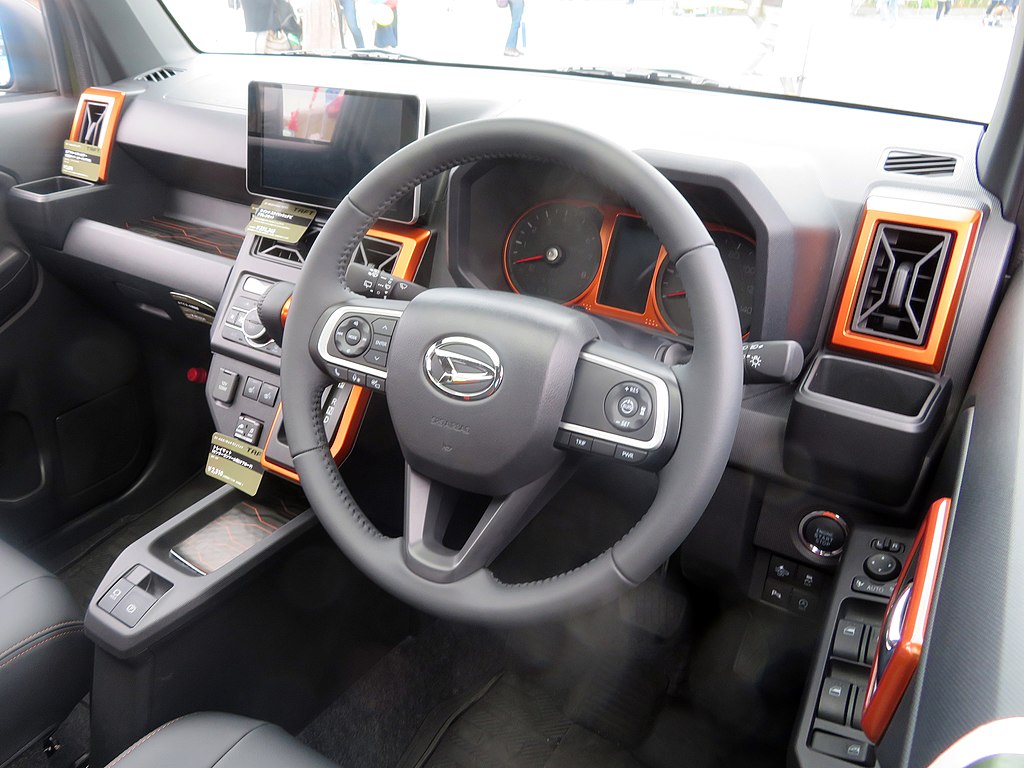 As a modern vehicle, the TAFT can be had with a variety of useful features like driver and passenger airbags, various driver-aids such as lane keep assist and departure warning, road-sign recognition, a blind-spot monitor, cruise control, hill-start assist, keyless entry, a push-start button, steering control buttons, automatic climate control, an electronic parking brake, a smart infotainment unit, and a panoramic sunroof.

The vehicle went on sale in Japan last June at a starting price that was equivalent to Rs. 1.93 million, while the top-spec variants can be had for around Rs. 2.8 million. Like the N-One, the price of the TAFT is a bit extravagant but it has an adventure appeal similar to that of the Suzuki Hustler, which means it could become quite popular in Pakistan. 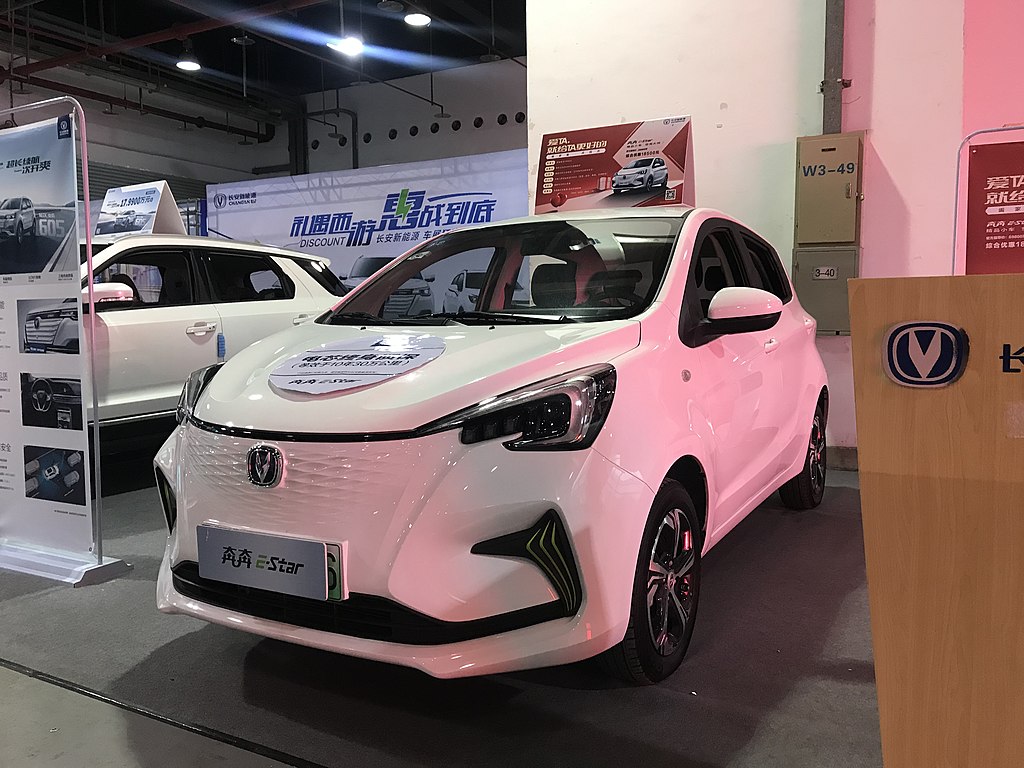 If you move over to the EV side, you will notice that China offers numerous intriguing products, and the Changan BenBen E-Star that was debuted in 2020 is one of the newer products in the market.

If you think the BenBen E-Star looks familiar, it is because it is a facelift of what is known in Pakistan as the Prince Pearl. The heavily redesigned front fascia offers a unique and fresh look, but the rest of the body design is mostly the same as that of the Pearl.

The Kei-EV features a single electric motor mounted over the front wheels that produces 55 hp and a rather impressive 170 Nm of torque. The vehicle has a 32.2 kWh battery pack that allows it to travel up to 300 km on a single charge. 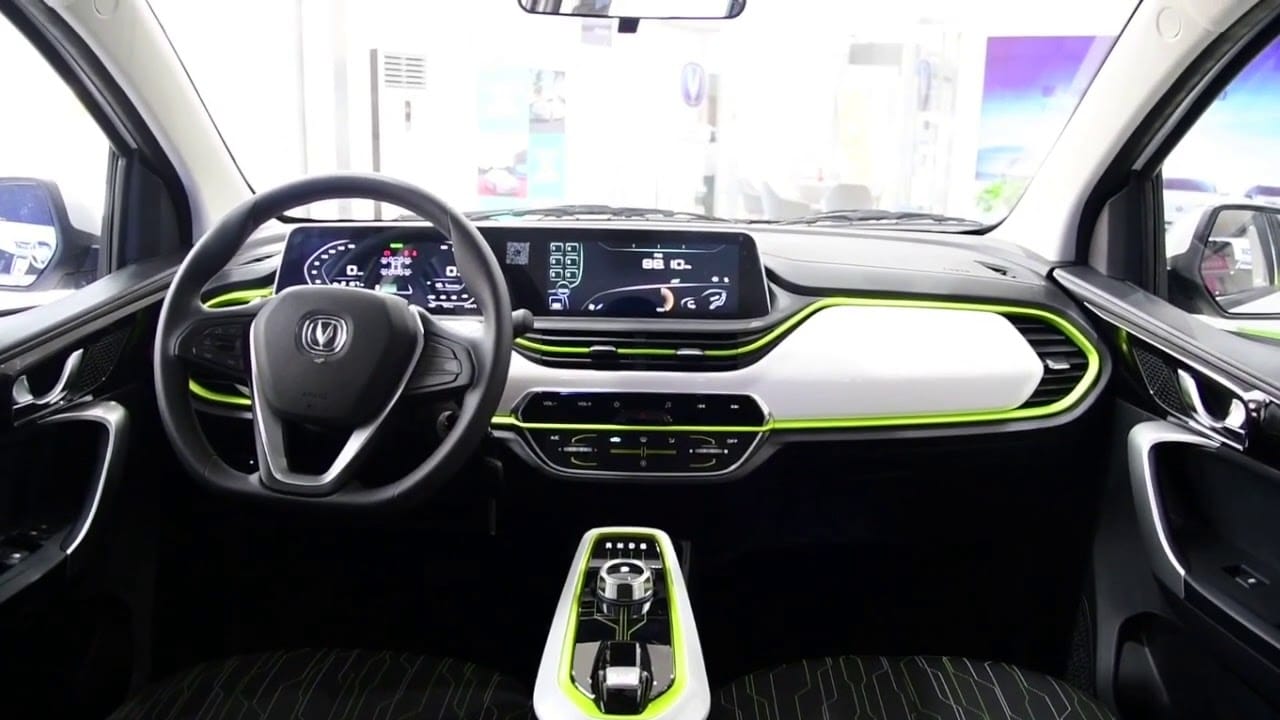 Like its competitors, the BenBen E-Star also comes with modern features and options like a huge digital screen similar to that in the modern Mercedes-Benz vehicles, as it includes both functions for infotainment and the all-digital gauge cluster, parking sensors, a rear-view camera, hill-start assist, driver and passenger airbags, a multifunction steering wheel, and various autonomous driving aid systems among other basic features such as climate control, dual airbags, ABS Brakes, etc.

In China, the price of the BenBen E-Star starts from the equivalent of Rs. 1.7 million and goes up to Rs. 1.9 million, which, given that it is a modern EV, makes it one of the more reasonably priced choices on this list. 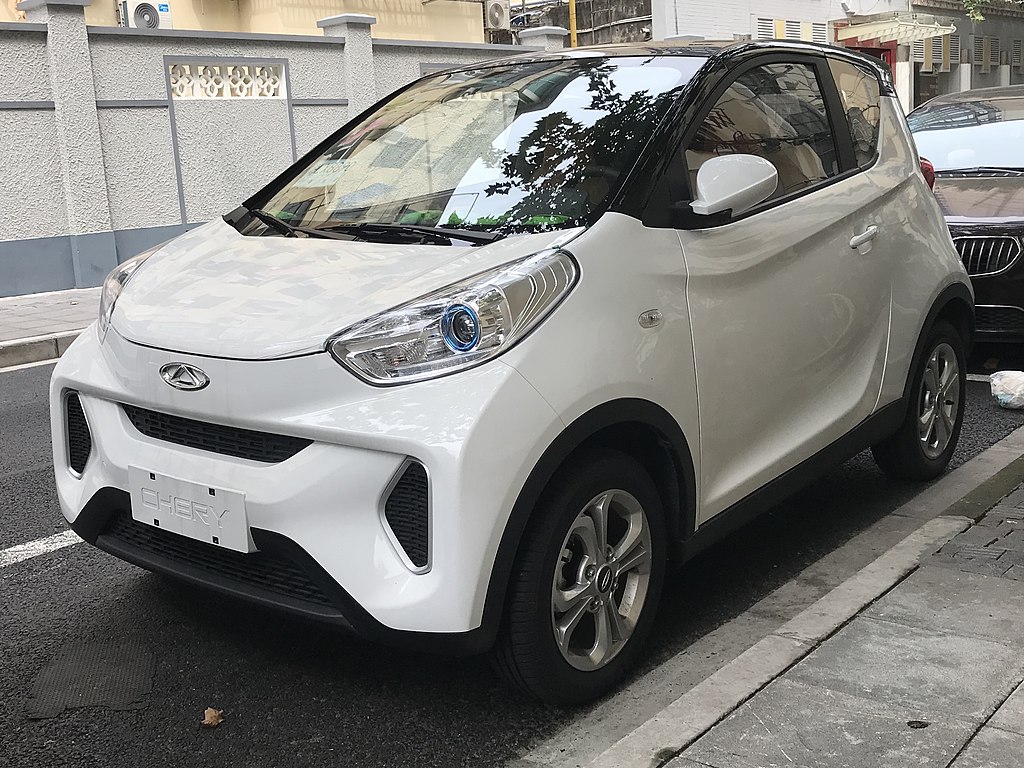 Chery has been teasing about its entry into the Pakistani car market for some time now. As the new EV policy and the auto policy that are set to heavily favor the small vehicles and EVs are on their way to enactment, it would be a great opportunity for the automaker to make a significant impact in the market.

A lookalike of the Toyota iQ, Chery eQ1 is a tiny, three-door EV that was debuted in 2017. It features a single electric motor mounted on the rear wheels that makes 40 hp and 120 Nm of torque. It also features a 38 kWh battery pack that allows for a total range of around 301 km on a single charge. 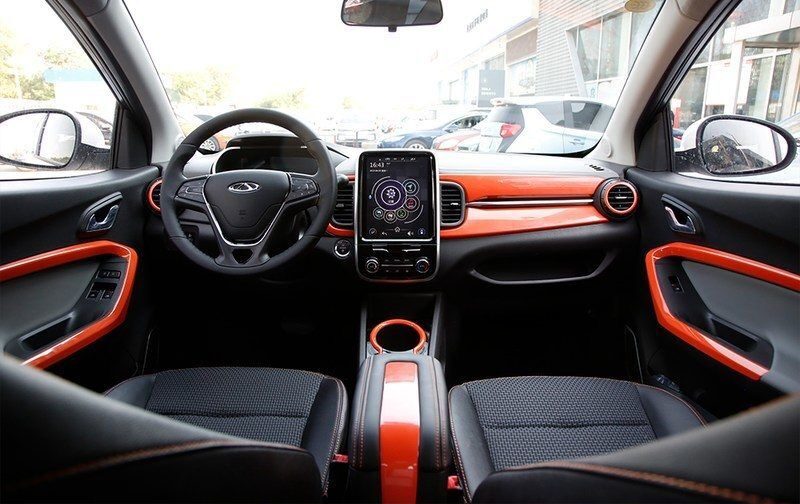 In its top-trim, the Chery eQ1 can be had with several modern features such as keyless entry and go, parking sensors, a reverse camera, traction and stability control, ABS brakes with EBD and BA technology, an electronic parking brake, hill start assist, dual airbags, climate control, a multifunction steering wheel, and a modern infotainment unit.

In China, its price starts from the equivalent of Rs. 1.4 million and goes up to Rs. 1.85 million, which would make it a fantastic addition to the Pakistani market at the same price point.

Vehicle Imports by Automakers Increase by a Massive 83% 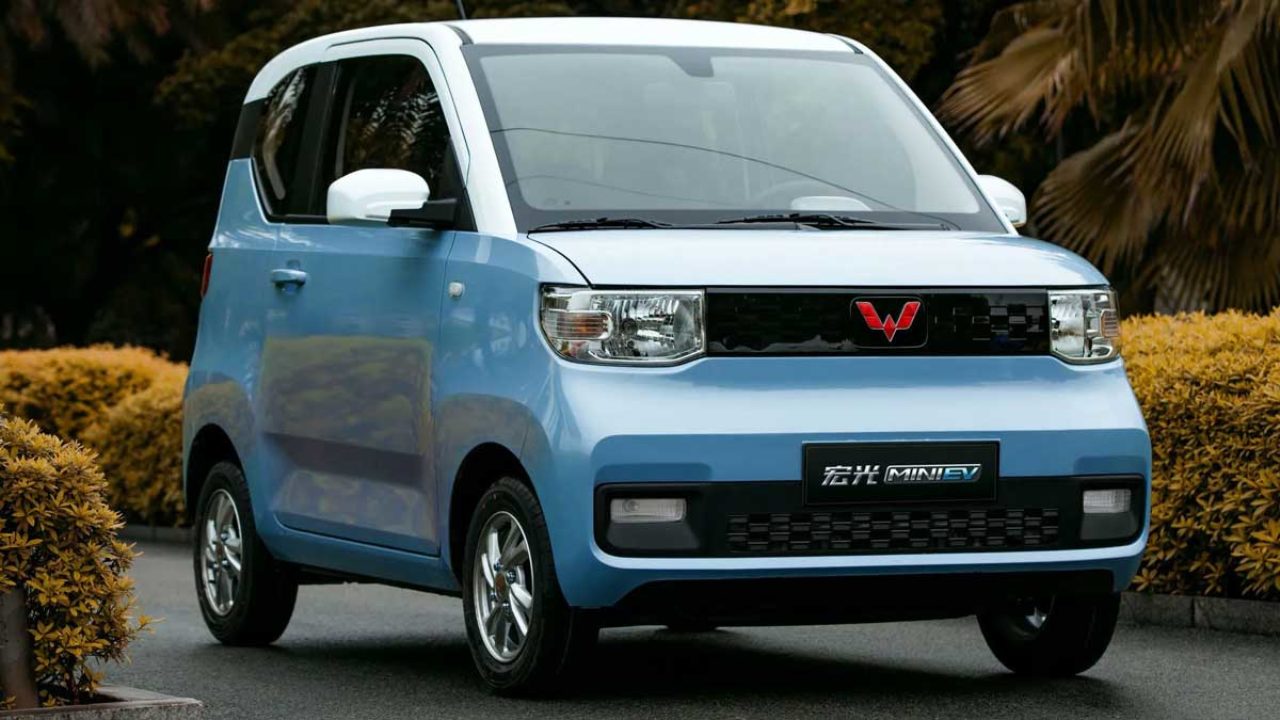 A long time ago, Javed Afridi — the key-stake holder in MG Pakistan — had teased the tiny Wuling Hongguang Mini EV for the Pakistani car market. This EV is a product of SAIC Motors and General Motors that was originally introduced in the Chinese market in early 2020. It became a smash hit in China as, since its launch, 160,000 of its units were sold until January 2021.

The vehicle has a tiny single electric motor mounted over the rear wheels that makes 17 hp and 85 Nm of torque. With a battery pack up to 13.8 kWh, it has the capability to travel up to 170 km on a single charge. 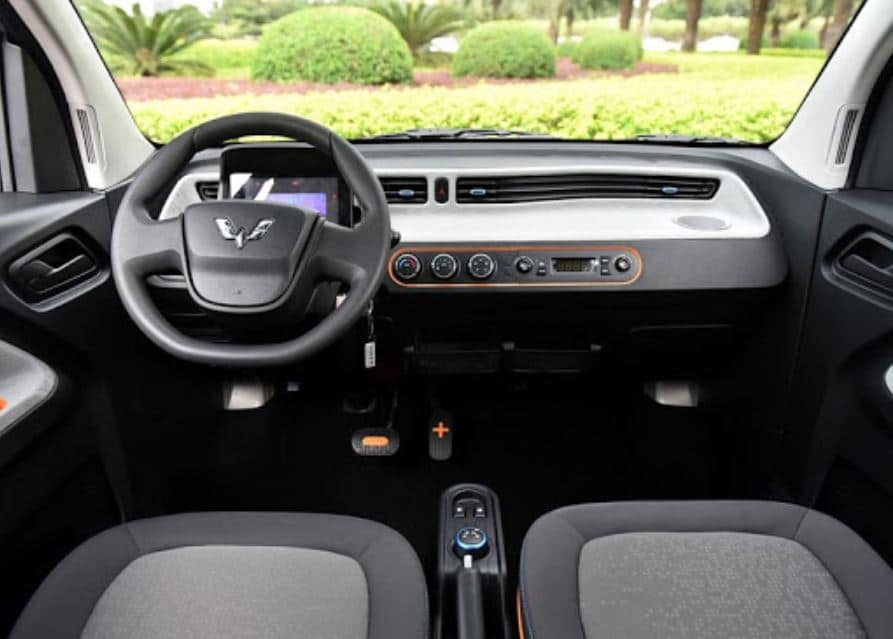 Although the Wuling EV is a basic vehicle with a tiny powertrain and no airbags, it has useful features including climate control, ABS brakes, rear parking sensors, an AC, power windows, a stereo system, and 741 liters of trunk space with the rear seats folded down.

The massive appeal of the little EV is largely due to its utilitarian price tag, as it has a starting price equivalent to Rs. 856,000, making it the cheapest EV in the world. This positions it to become one of the most popular vehicles in Pakistan.

There is a large number of Kei cars that have not been added to this list. However, given the current bonanza of crossover SUVs and tiny, colorful vehicles in Pakistan, it is safe to say that they have a particular appeal with the potential to perform fantastically.

The makers of these Kei cars are already in Pakistan, which implies that they could easily be brought to the local market. Moreover, they are incredibly popular around the world for their efficient nature and playfulness.

The Pakistani public is in dire need of more exciting and unique vehicles from the automakers that already operate in the local market. This is why, with the desire for such products at an all-time high and with the friendly policies that will arrive soon, now is the best time for them to start assembling the Kei cars on our list and offer them here at reasonable rates. This move will benefit not just the public but the automakers themselves in terms of gains, and will rejuvenate the local market in the process.