Lucky Motor Corporation Limited (LMCL) is caught between a rock and a hard place, based on its decision to increase the price of Carnival GLS+ and suspend bookings for its best-selling vehicles.

According to a recent notification, Kia has suspended the bookings for all variants of Picanto, Sportage, and Stonic. The company is taking bookings for Sorento, Carnival, and strangely, Stonic’s Completely Built-Up (CBU) units. 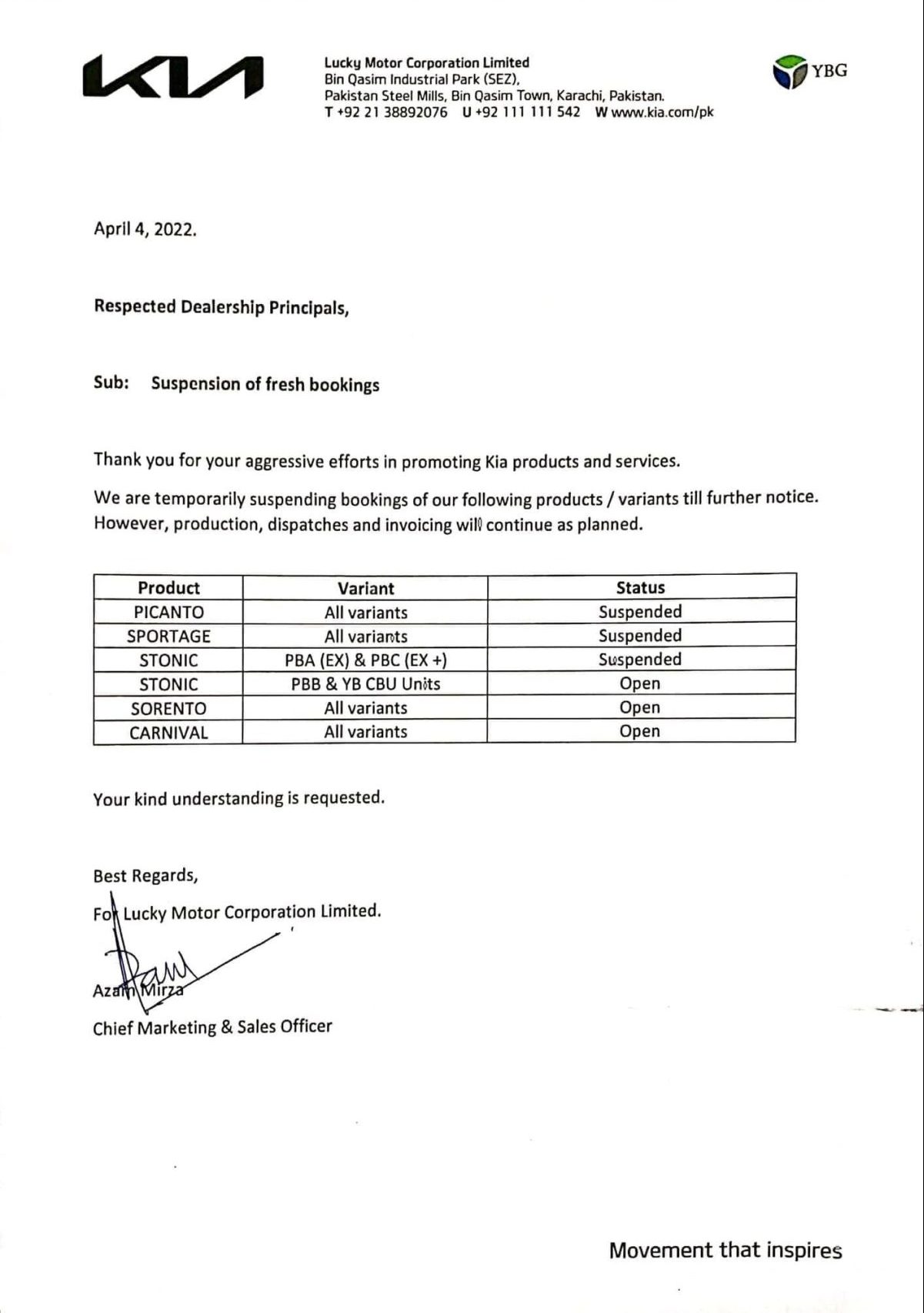 The notification did not include any reason behind the suspension but has highlighted that it is only temporary. It also clarified that the “production, dispatches, and invoicing will continue as planned.”

However, Public Accounts Committee (PAC) has voiced concerns over the hefty price tags of cars in Pakistan. In a recent meeting, Chairmanship of PAC Rana Tanveer Hussain said that:

A nationwide Ponzi scheme has been going on for the previous four decades. (The automakers) have been making cars here for years, yet their vehicles still don’t have airbags. The car gets damaged if you press it with your thumb.

According to recent reports, the Ministery of Trade and Commerce, Industries and Production, and Engineering Development Board (EDB) are investigating the recent price hikes after receiving unsatisfactory rationales from the automakers.