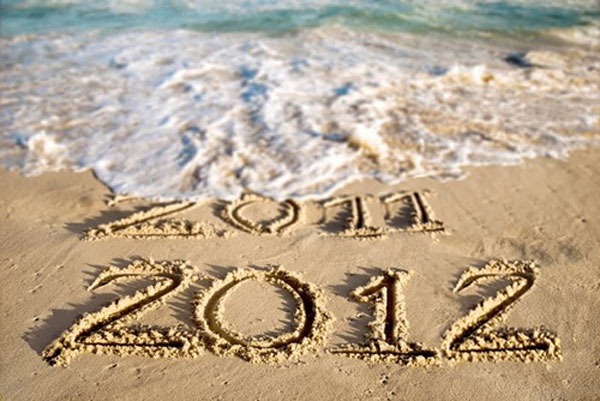 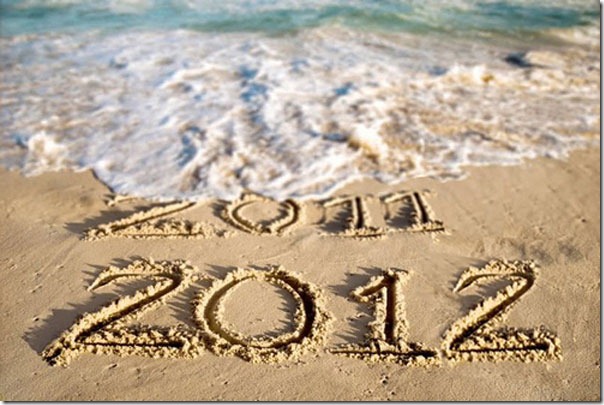 Activity in cellular industry during 2011 remained high but we hardly saw any new innovation happening during this period. In fact mobile phone operators remained busy with their continued strategies from yester years; price war worsened the margins while energy crisis did the rest to push operators to their limits to actually impose extra charges on cellular services (twice in case of Mobilink) to save the face of their annual reports.

Though PTA didn’t report about subscribers’ stats after June 2011. Based on these results Zong and Telenor surpassed other operators in the first half. Rest is shown in the below graph. 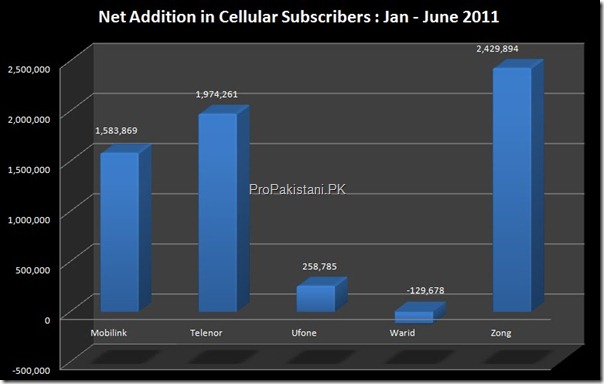 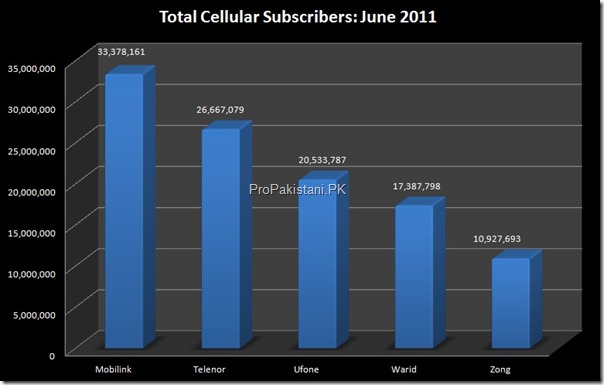 Almost similar trend was followed for reported Mobile Number Portability users where Zong topped the chart with maximum gain and Warid losing the most subscribers. Check below for details: 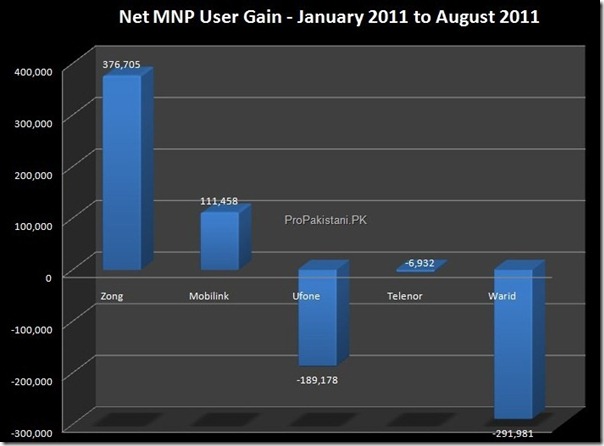 Competition in 2011 remained top notch. Experts say that this dependency on price war for attracting new customers will remain there unless PTA gets into play or down the line 3G might make operators little restrictive in lowering prices.

Analysts, segments and pricing people are of the opinion that Pakistani cellular industry is soon to see fixed monthly rental packages for unlimited calling. Emergence of 3G might delay this a little but from operators’ boldness one can expect this to happen sooner. They say that market’s need for fixed rental of say Rs. 1,000 against 2,000/3,000 monthly minutes (for any network) is already there. This can help companies achieve higher ARPU and will give the customers (other than youngsters) a freedom to call without worrying for bills.

It merits mentioning here that operators are already offering unlimited free on-net calling in limited cities for a flat monthly charges of just Rs. 210 plus taxes (under LBC Packages).

With such lucrative calling tariffs and other related buckets, customer acquisition never remained a problem for Pakistani mobile operators but customer activation and then retention is still something that operators are fighting with; fixed monthly rental can be a good help in this area too.

With increasing CAPEX mobile operators are finding it real hard to harvest their profits with such low tariffs. The situation worsens when there’s 8-12 hours of load shedding in rural and urban areas alike. All this pushed operators to tactfully impose extra charges of 1 to 1.5 percent on all reloads. Customers of course protested but nothing much happened, in fact Mobilink imposed another 1-2 % charges in November 2011.

Mobile operators, as we had anticipated, battled on smartphones as well. This resulted into highest smartphone penetration in the country in the history but we are yet to see the exponential growth that is expected when 3G network would be operational in an year or two at most. (We will do a separate yearly review on smartphone and handsets).

Year 2011 started with gossips around potential merger of at least two operators but possibilities dried down when Warid declared that it has decided to keep up in the market. Experts opine that this decision surfaced because deal was stuck on price constraints and that was when Warid decided to keep the operations until they are stable enough to be priced well.

Since then we have seen Warid restructuring massively with fetching dozens of top level officials from other operators, mainly from Mobilink (Thanks to Zohair Khaliq). Insiders are hinting that Warid might merge its operations with Wateen to further strengthen its position in the market.

On other hands Zong and Mobilink struggled with the workforce. With departures of top men including Zafar Usmani, Salman Wassay and Ali Mehdi, employees at Zong seemed demotivated and struggling during the second half. Same was the case with Mobilink, especially after Orascom-Vimpelcom merger. With hefty reshuffle during the year and revamped HR policies, work force looked more worried than ever before. In fact Mobilink had to delay its call center outsourcing plans just to save the moral of employees.

Cost cutting remained the main focus for everyone. Operators are exploring all possible ways to cut the cost for which they are seen compromising with the productivity and business efficiency.

3G remained in the headlines throughout the year. Operators did their best to escape from 3G auction but they had to ultimately lose a well fought war in the hands of Government of Pakistan which is desperate for money to meet its fiscal deficits.

It is hard to anticipate on who will get the license, but it appears that Telenor, Zong and PTCL are going to play hard for a 3G/4G license.

Adoptability has been great, and probably that’s why Pakistan was termed as fastest developing market for branchless banking. Easypaisa and UBL omni jointly secured transactions worth Rs. 58.711 billion during July-September 2011 only.

At the end of September 2011 these transactions averaged at Rs. 3,700 per transfer with total of 176,296 transactions on average per day.

Mobile and Branchless banking is likely to see more innovation in coming months. Best bet would be perhaps by allowing internet transactions for mobile bank account holders. But let’s see how Easypaisa and other branchless banks evolve over the time.

Emergence of 3G will reshape the industry by large. Strategies and plans are likely to be remade. However this transition will happen gradually and we will keep seeing current trends in year 2012 as well.

Three operators with 3G will rely heavily on their better technology to attract customers while the rest will focus on retention for which additional pressure on support channels will be exerted. Pricing will remain the king.