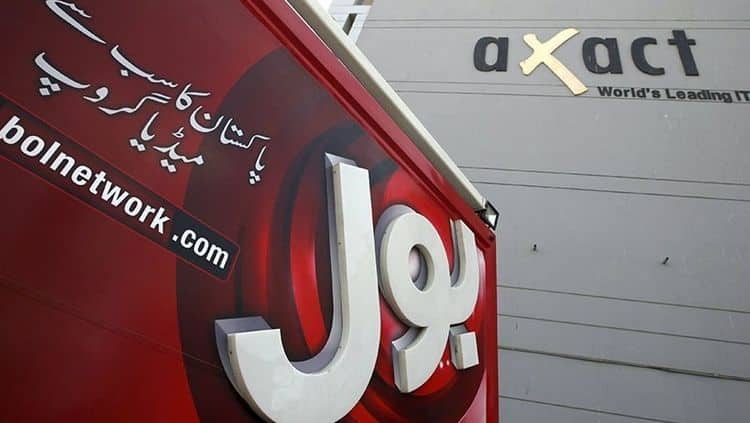 The tussle between the government and the private TV channel, BOL News, seems to be heating up as the interior ministry refused to provide security clearance to the channel’s owners while PEMRA revoked the company’s TV licenses.

The media regulatory authority had cancelled BOL News and BOL Entertainment’s (Pak News) TV licenses following the interior ministry’s decision to reject security clearance for Shoaib Shaikh, Ayesha Shoaib Shaikh, Viqas Atiq and Sarwat Bashir. BOL was taken off air after PakSat was ordered to remove it from its list.

A two judge bench of the SHC, headed by Justice Aftab Ahmed Gorar, suspended PEMRA’s order on a petition by BOL’s administration and issued notices to the deputy attorney general, PEMRA, interior ministry and other respondents for May 10.

Soon after the court’s order, BOL News was back on air.

The petitioner’s counsel, Shahab Sarki and Adnan Memon, contended that PEMRA had revoked the channel’s license with mala fide intent and informed the judges that the channel had submitted a reply along with a security clearance certificate to PEMRA’s show cause notice to BOL News.

Shoaib Shaikh, CEO of Axact, was arrested back in May 27 2015. After his bail 13 months later, BOL News was launched.

Read More: Inside Out of Axact Case!

The same two judge bench has now remanded the Axact CEO’s application for acquittal from the fake degree case to the district and sessions court with a clear directive to put an end to the matter within two weeks.

On the other hand, All Pakistan Newspapers Society (APNS) wants the government to stop the Axact group from entering the print media, given the string of allegations of fraud and fake degrees.

Whatever the outcome, a final decision regarding Axact and BOL News is expected to be reached in the coming weeks.