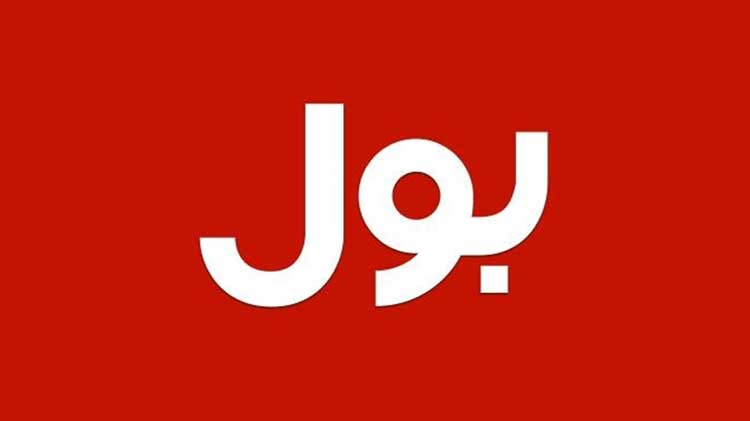 In a sudden move against the BOL TV administration and management, Pakistan Electronic Media Regulatory Authority (PEMRA) and interior ministry have jointly barred the media group due to security concerns regarding its leadership.

Read More: These Pictures of BOL’s New Boutique Hotel Will Blow You Away

In its 131st meeting at the PEMRA headquarters on Tuesday, PEMRA took the decision following recommendations by the Council of Complaints (CoC) Sindh, which had prepared a report after asking the media group for clarification.

PEMRA has asked BOL News and BOL Entertainment (Pak News) to surrender their original TV licenses and clear any outstanding dues without any delay.

PakSat, Pakistan’s communications satellite operated by SUPARCO, has been ordered to immediately stop the transmission of BOL News and BOL Entertainment (Pak News), which no longer have PEMRA’s permission for landing rights in Pakistan.

Another notification has been passed to all TV distribution networks and cable operators, directing them to take the two channels off air immediately.

If any party violates PEMRA’s orders, it will have to face legal consequences.

The PEMRA notification can be viewed below: 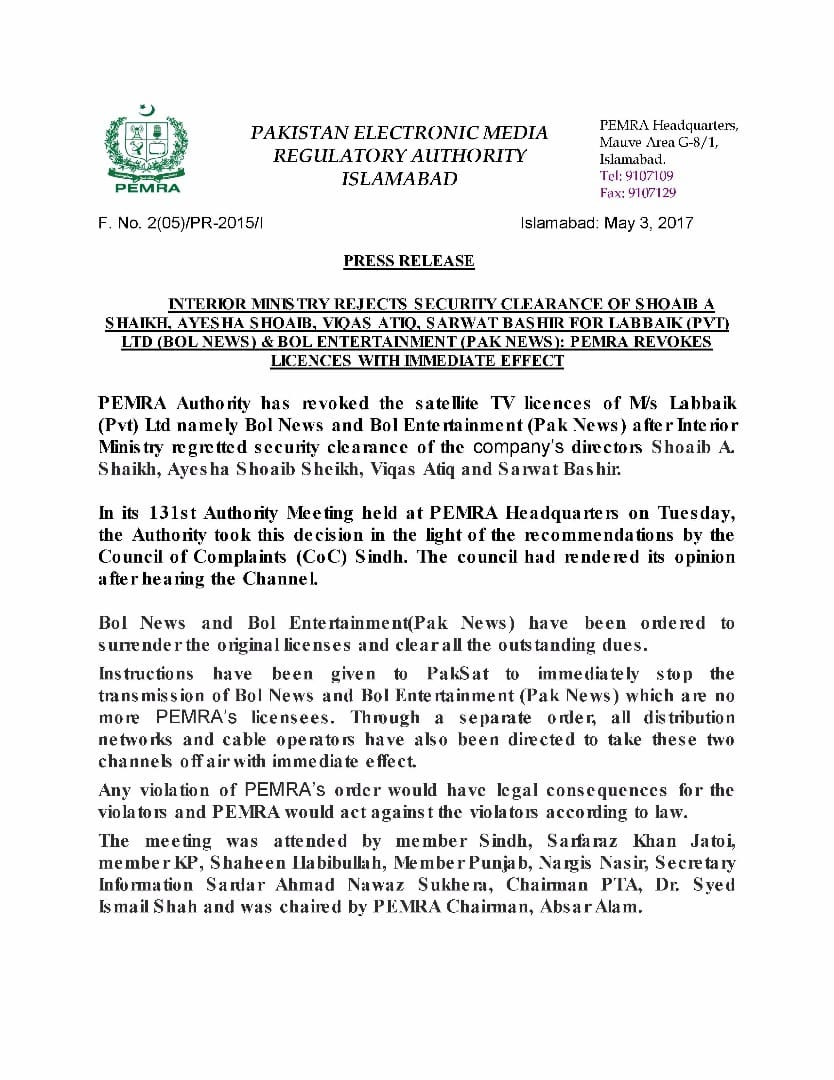